What Happens with Long-Term Cocaine Use? 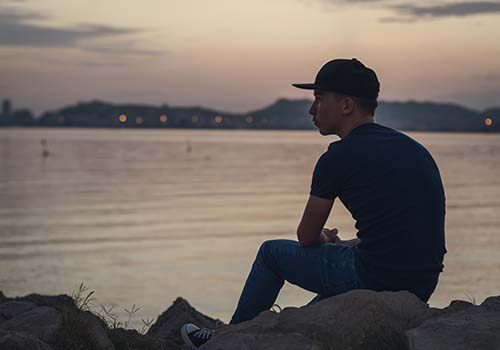 Prolonged cocaine use alters a person’s physical and psychological systems, with some of these changes having long-term adverse effects on the body. This leads to several severe and sometimes fatal health problems. Fortunately, our cocaine rehab center at Ethan Crossing at Columbus can help individuals heal and recover.

Early Symptoms of Cocaine Use

Cocaine use releases a surge of dopamine into the brain, resulting in intense euphoria. Dopamine is responsible for feelings of pleasure and is released when a person is doing an activity. Once the activity is over, the dopamine is recycled back into the neurons. Taking cocaine prevents this from happening. Other effects cocaine use has on the body are such as:

Using cocaine causes a person to become overly energetic. However, its high doesn’t usually last long. Also, the dopamine created by repeated cocaine use impedes the natural production of dopamine, making the brain more dependent on the drug to function normally.

Effects of Long Term Cocaine Use

Repeated use, directly and indirectly, affects the functioning of certain parts of the body, often causing severe and sometimes irreversible and fatal organ damage. Long-term cocaine use could damage the heart, brain, kidneys, lungs, and more.

Long Term Effects On The Brain

Long-term cocaine use alters the brain’s chemistry, deteriorating its structure and functionality. The brain’s inability to produce dopamine naturally could lead to severe depression, restlessness, psychosis, and paranoia when the drug is not in your system. Other long-term cocaine addiction effects on the brain include regular and severe headaches and potential rupture of aneurysms.

Long Term Effects On The Lungs And Sinuses

Cocaine can cause long-term damage to the lungs when inhaled or used intravenously. The drug slows down breathing, resulting in chest pain, coughing, wheezing, and shortness of breath. Snorting cocaine also damages nasal tissue, causing scarring and respiratory infection. Prolonged use can further cause a deviated septum and additional respiratory problems, e.g., pneumonia and chronic bronchitis. Other cocaine addiction effects include collapsed lungs, coughing up blood, sinus inflammation, and nasal congestion.

Long Term Effects On The Liver And Kidneys

The kidneys and liver are responsible for filtering toxins. Long-term cocaine use affects their ability to perform this function. Injecting cocaine could cause liver infections, such as viral hepatitis. The drug also breakdowns muscle tissue, causing a condition known as rhabdomyolysis. The disease triggers the release of myoglobin, a harmful protein that can severely damage the kidneys when in the bloodstream. Symptoms of rhabdomyolysis are such as muscle aches and reduced urine production. If not addressed, it can lead to kidney disease, decreased kidney function, and chronic renal failure.

Long Term Effects On The Heart

While the damage caused to these organs is adverse, the heart is the organ that repeated cocaine use severely damages. Long-term cocaine use burdens the heart with an increased workload, causing it to age quicker than usual. It also increases blood pressure and constricts blood vessels, which decreases blood flow. Additionally, it causes irregular heartbeat, dysfunction of the heart muscles, infection of the heart valve, bleeding in the aorta, heart attacks, and sudden death.

At Ethan Crossing at Columbus, we are dedicated to helping you or your loved one recover from cocaine addiction or other substance use disorder. Our facilities have various treatment options available to help you heal and achieve lasting recovery from cocaine addiction effects. Some of our therapies include:

If you or a loved one is struggling with long-term cocaine use, reach out to us to begin your road to recovery. Call Ethan Crossing at Columbus at 855.476.0078 today.